a SWAGGERING, aMERICANIZED aRTHUR  bending the Mallory "Morte de Arthur" and modernized T.H.White "Once And Future King" quite a bit; for instance Merlin has little role and its Morgan le Fay wot rescues Arthur throughout! Also Guinever and Lancelot are not even mentioned.

Good points: as always in recent US fantasy, the sets/costumes are exemplary.
Mainly English actors - Jude Law is English, isnt he???

Bad point: incongruities. For instance one of the main characters actually says "pro-active".

You got to much time on yer hands Wally.

Get a fucking girl friend or pay for a dirty Quebec Hooker and get your nuts sucked.

There are some sections of this film - like how street-wise kid Arthur accumulates coinage - that move at a nerve-wracking, dizzying speed too much for me old brains. I've never seen  such speed-up in film, mebbe a scene a second! Lotta work & shots, but in the end I did not appreciate it. Cheapens everything somehow.


(By the way, did you know that The Prisoner was the first series to shorten shots by as much as 6 seconds per shot/location?)

The books tell us Excalibur I was forged by Guinever's blacksmith-father.

Fuk this shit, im off to watch Strictly Dancing....Its vote off Sunday.

Even though they use this  shit metal-wyrdfolkROCK which is totally inappropriate, in the end when making a fantasy film, it all comes down to believablity WHICH MEANS DETAIL & CONVINCING VISUALS. The sets are amazing in this film. For that alone I go against the crowd and give this film 4 out of 5.

The visuals should be amazing - afterall it cost 250 million to make.


But it is going down as possibly the biggest flop of the year. 3 out of 4 critics give it bad marks and seems American mong-public isnt interested either since it made less than 50 million on opening. (Perhaps, like the recent Tarzan movie, it will make a comeback beefwhore year's end, but looks like not.)

I can't understand this. Is it because its ENGLISH mythology and American mong nig,spicks and redneck is only interested in comicbooks?(Look at the success of the new Wonder Woman Nazi-bullshit)


Perhaps it will have a better showing in Europe.

Who gives a shit.

Beckham for an Oscar. 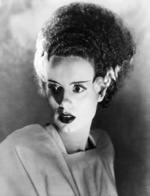 The movie was 6 years in the making. All sorts of changes - and I bet most for the worst. Changed directors.


I am guessing that this director, Ritchie is the same who did the Sherlock Holmes series with bighead Benedict Bumbersnatch. Because you see the exact same periods of intense fast cuts and one or two sections with very quick fluctuation between reality and probability (for example where Arthur reasons out against a friend's proposed plan to raid the castle (or wotsit - I forget).


(Mebbe thats another reason why this movie tanked so terribly at the boxoffice.)

Is got beckham.. he's an anus.

Oh yeah - the fight scenes.
Martial arts in an 11th century medieval world. Who would have guessed, ehh? Men flying in the air like fairies.

Well I suppose its alright since the movie has a qualifier: "a re-telling of the Arthur myth".

Remember , a full set of armour weighs about 30 lbs  and that is without chain mail -besides they rarely could affort mail, mail was for kings and such.

The only movie I can recall where they stressed the sheer difficulty of doing battle in armour, was the one-on-one fight in "Robin & Marian" with Sean Connery.

Another realistic medieval movie is Charlton Heston in "The War Lord" with excellent battle scenes.

Oh yeah - lots of use of clouds of dust is a cop-out. Saves on the budget.

I don't know this actor. Wot role does he play?


...
Arthur has rather remarkably few big names besides Jude Law.  I read they had big names lined-up  but they all declined.

Does this film feature any leading black actors.

Look it up. You expect me to know a coon-actor's pedigree?