Too much unnecessary  dialogue in too many places.


Not till halfway thru the second series duz yew learns that Captain Flint (the main character) be a homosector.
No surprize really cos purtay-well all pirates were homosectors. (Tha's wot yew gets frum close-confines on a vessel isolated from proper society contact - or on a, say,  oilrig.)

And seeded them all.......except wimmin of course 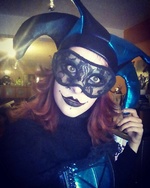 Did you see these series?

If no, then you have no right to post in this thread.

Tell us what you thought of the series ...or bugger orf.

Well.....I neither require nor seek your consent to post wherever I desire Smelly man, of course I have watched series 2 and 3 and I consider your critique to be....er...Cack.

Look it up. Everyone agrees  its too wordy. Pirate shit is supposed to be action-Jackson.

[You must be registered and logged in to see this link.]