bIN WANTING LONG TO SNAG THIS FILM. On my film list for ages.

Top cast: Deborah Kerr, David Niven (with David Hemmings given minor credits and "introducing" Sharon Tate.)
But is it any good?
Wots it abart?

I always thought that the first film to shock audiences because the Evil gets away with it and there is nothing Good can do, was The Collector.

Yet this predates it.

........
The director had only three flops. "The Loved One" was one and this the other. Which goes to prove that the masses are ignorant of quality.

Oh for Christ sake Tramps for the last time there is no fucking God that is going to save your sad ass, unless you are a fucking Mussie, or a Bead Counter.
Become a Musie and go die in peace.
Becoming a Bead Counter might be more up your street knowing your preference for little boys.

Wallace wrote:
........
The director had only three flops. "The Loved One" was one and this the other. Which goes to prove that the masses are ignorant of quality.


I yam disappointed in yaouw, Mr Tippu.
Sinatra is yaw domain. As ter prog an' film - yoo miskin not near as competent therein as is Mr Wallace, so yaouw should shut the fock up. Or the'er just moight be a bag-slitten in yaw future. 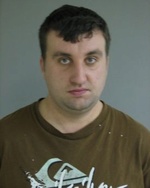 Wallace wrote:
........
The director had only three flops. "The Loved One" was one and this the other. Which goes to prove that the masses are ignorant of quality.

What is the weared on Mr. Karns?


What happened? Him posten on other forum?

Him was innocently  sat on sofa watching a documentary on rawl plugs , when his beloved sat on him !
She knowed  instantly what she'd  done due to the gradually decreasing in volume choking sounds from between her voluminous  thighs. But trouble was .... when Mrs Karney is in repose , she needs help to get up again.  So unfortunately  it was 9 days before old Karney was uncovered.
Dead as a door nail !
Mrs Karns was distraught as you can appreciate........she was stuck on top of his rotting corpse and hadn't had a pie in over a week !